How to Encourage Creative Thinking 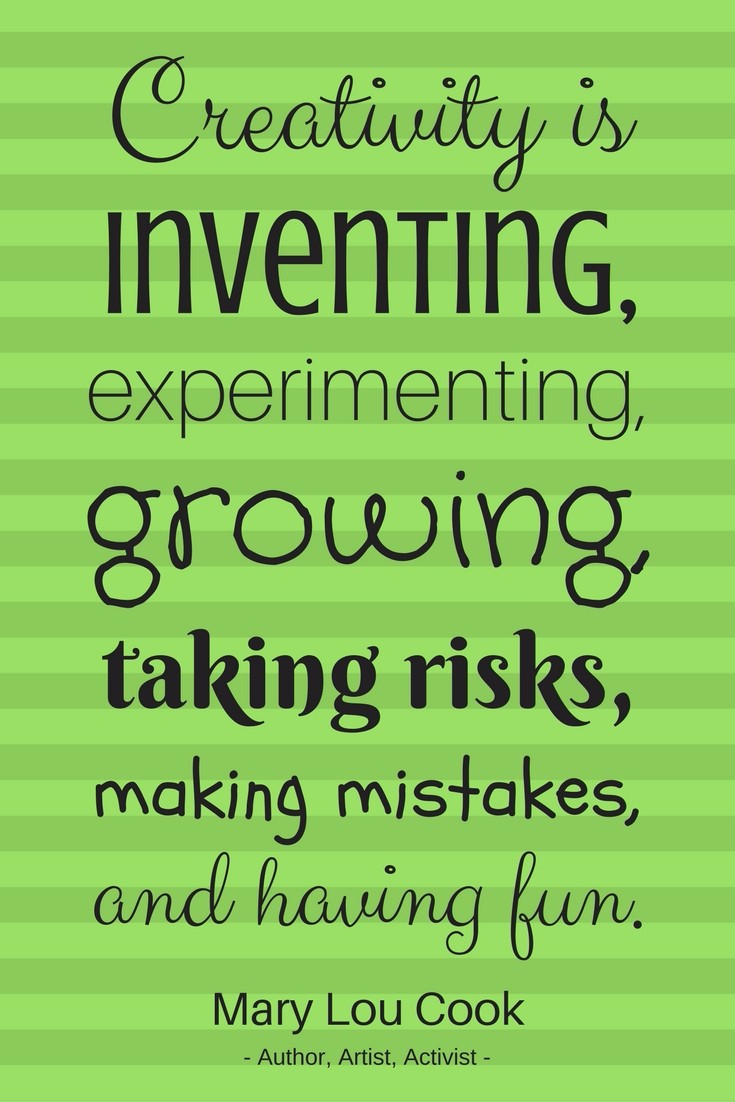 Some think of creativity as a special gift which some people receive, fully developed, and other people simply don't have.

I think this is a mistake.

Creativity springs from each person's unique perspective, and we are all unique.

Nor is creativity a pinnacle of expression which can only be reached by those who have perfected their knowledge.

Creativity is a potential we develop progressively over time.

The potential for creativity is inborn, but we must practice to grow creatively.

It bears repeating: Ideally, creativity and knowledge keep pace with one another as we mature.

The way we teach has a tremendous influence on protecting and developing both knowledge and creativity in ways that are appropriate to the age of the student.

When one of my children was learning his alphabet, I challenged him to turn the letter A into an animal whose name began with the sounds a makes.

He studied the letter for a while, and we thought of some animals whose names start with A--aardvark, anteater, albatross--but nothing came to mind.

I turned the letter on its side.

"An alligator!" he said."I could make the capital A into an alligator's jaws."

I'm sure he wasn't the first person to come up with that idea, but it doesn't matter. It was the first time he had come up with that idea. It was a new, creative thought to him. He observed the traditional pattern or shape of the letter and imagined a meaningful new form that helped him remember a sound the letter A makes. He was seeing traditional information in a new way, which is the definition of creativity.

He had a wonderful time that day drawing A's and turning them into an army of alligators. His imagination soared beyond this initial activity as he wondered whether he could create an animal using every letter. Soon we had everything from butterflies with B-shaped wings to a zebra with zigzag stripes—an A-Z Animal Alphabet Zoo!

Did I help him? Plant some initial ideas? Make suggestions? Yes. I was his teacher.

That's what teachers do.

But he was the one who supplied an age-appropriate degree of creativity.

That's what students do.

In the early phases a parent, teacher, or mentor may need to demonstrate skills and techniques before they can be used for creative expression. Demonstration is fine when you are teaching creativity.

Dictation—giving instructions you mean to be followed precisely—is fine when you are dispensing knowledge, but dictation is not a good way to develop creativity. If you're dictating "this is how you must do it," then the demonstration has become a dispensation of knowledge. The copy will be compared to the original. The child's efforts match yours or they don't, which introduces a fear of failure.

Once a little boy went to school.

He was quite a little boy, and it was quite a big school.
But when the little boy found that he could go to his room by walking right in from the door outside,
He was happy.
And the school did not seem quite so big any more.

One morning, when the little boy had been in school a while,
The teacher said: “Today we are going to make a picture.”
“Good!” thought the little boy.
He liked to make pictures.
He could make all kinds:
Lions and tigers,
Chickens and cows,
Trains and boats –
And he took out his box of crayons
And began to draw.

But the teacher said: “Wait! It is not time to begin!”
And she waited until everyone looked ready.

“Now,” said the teacher, “We are going to make flowers.”
“Good!” thought the little boy,
He liked to make flowers,
And he began to make beautiful ones
With his pink and orange and blue crayons.

But the teacher said, “Wait! And I will show you how.”
And she drew a flower on the blackboard.
It was red, with a green stem.
“There,” said the teacher.
“Now you may begin.”

The little boy looked at the teacher’s flower, then he looked at his own flower.
He liked his flower better than the teacher’s, but he did not say this.
He just turned his paper over and made a flower like the teacher’s.
It was red, with a green stem.

On another day, when the little boy had opened the door from the outside all by himself,
The teacher said, “Today we are going to make something with clay.”
“Good!” thought the boy.
He liked clay.

He could make all kinds of things with clay:
Snakes and snowmen,
Elephants and mice,
Cars and trucks –
And he began to pull and pinch
His ball of clay.

But the teacher said, “Wait! And I will show you how.”
And she showed everyone how to make one deep dish.
“There,” said the teacher. “Now you may begin.”

The little boy looked at the teacher’s dish, then he looked at his own.
He liked his dishes better than the teacher’s, but he did not say this.
He just rolled his clay into a big ball again, and made a dish like the teacher’s.
It was a deep dish.

This school was even bigger than the other one,
And there was no door from the outside into his room.
He had to go up some big steps, and walk down a long hall to get to his room.

And the very first day he was there,
the teacher said, “Today we are going to make a picture.”

“Good!” thought the little boy,
And he waited for the teacher to tell him what to do,
But the teacher didn’t say anything.
She just walked around the room.

And he began to draw a flower.
It was red, with a green stem.

Creativity flourishes in a playful atmosphere where it is safe to make mistakes.

Criticism and comparison shut down creativity, but praise and the pleasure of success encourage us to try again and dare greatly. 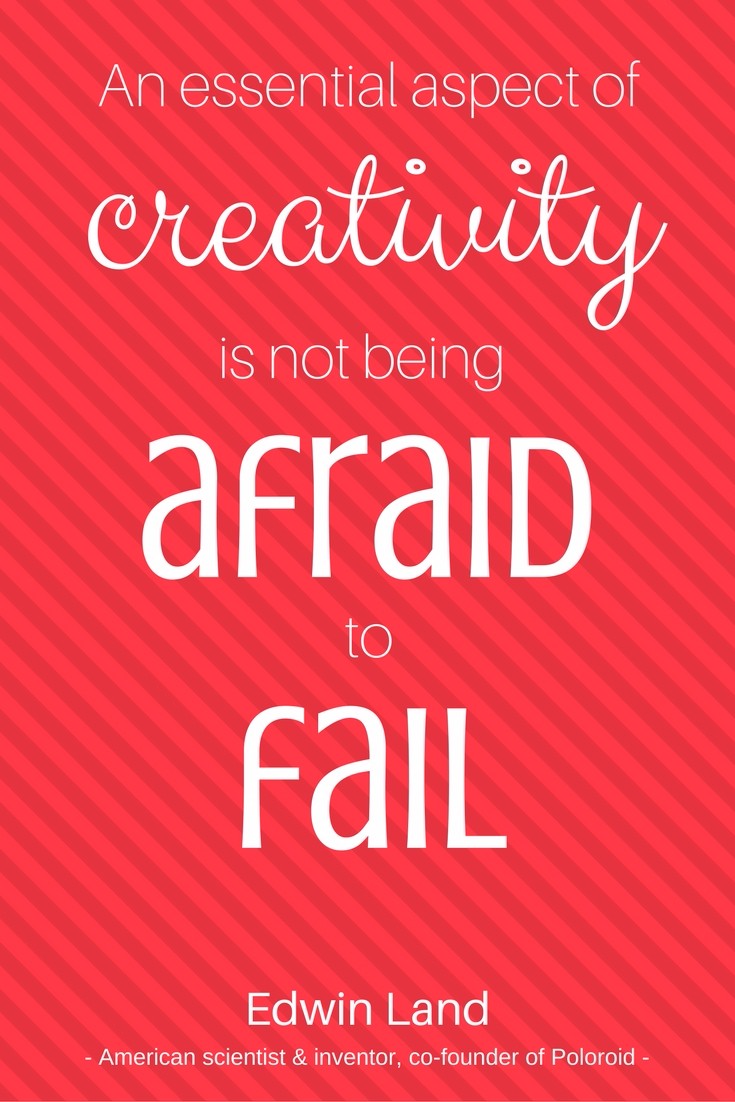 That's part of why so many people love websites like Pinterest and Houzz, isn't it? We draw inspiration from the ideas of others, then adapt those ideas and make them our own.

If your child doesn't feel confident about creating on their own, you might encourage them to add some personal touch or small improvement to copied work that makes the end product uniquely theirs. Give them opportunities to increase their knowledge base by observing what others create and thinking about skills they might like to learn. They may try on several types of creativity before they find something that fits just right.

Children usually enjoy and are inspired by the creative work of others, so long as they don't feel shamed or compared.

Some children dive into creativity eagerly. Others may require coaxing. Even the boldest may become discouraged if their end product doesn't live up to their (or your) expectations. You may have to convince a creative perfectionist that learning from each attempt enables us to "fail forward."

When we accept creativity as a character trait that is always being developed, failure is only a First Attempt In Learning.

Children are naturally inquisitive. The desire to "leave our mark" is strong, but the process of creating can feel risky. Parents have an opportunity to tenderly nurture the seeds of creativity until they blossom into new and delightful ideas.